Jimmy Cauty in an armoured car

In the late 90s there was a bunch of stuff going on around sonic weapons. Jimmy Cauty of the KLF put together Advanced Acoustic Armaments, part-hoax, part sound-system, part art-installation.

Pan Sonic played a gig through it, back when they were still Panasonic and minimal Finnish techno was ripping up the pages of Jockey Slut. Stewart Home was invited out to Dartmoor to report its activities. There was a historical piece in the Journal of Borderland Research about a near-mythic experiment with an infrasonic cannon.Inspired by this material I got mildly obsessed with the idea that sound could be both psychologically and physiologically disruptive around this time. I wrote a piece for Bizarre that was steeped in the more paranoid end of it. What can I say, I was new to the internet.

Around 2001 I took part in the Infrasonic experiment set up by Richard Wiseman and Sarah Angliss. I reviewed this experience for The Fortean Times and reported my slightly unusual and unexpected physiological response: mild sexual arousal. I was losing faith with the power of sound to perform extreme intervention into the body. 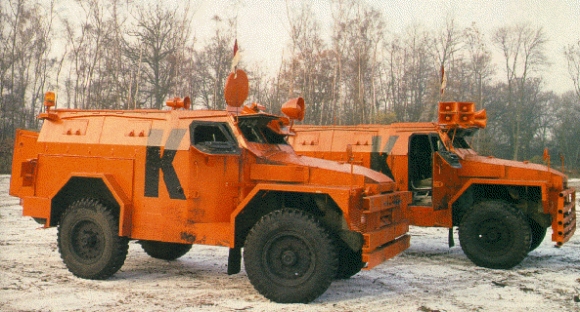 The K-Foundation pimped my Saxon

I became slightly better informed after attending a panel on non-lethal weapons at InfoWarCon 2003 in Washington DC. Non-lethality had been a buzzword in US military R&D talk since John Alexander’s book. This panel was an eye-opener. Research was directed towards highly directional ultrasound and microwave weapons, although “scaleability” was proving to be an issue, and there was held to be some bleed into the arena of lethality. Always interesting to hear how the practitioners talk to each other. (The big buzz of that conference, incidentally, was Ratislav Persion’s demonstration of his home-made EMP weapons, cannibalized from microwave ovens. Slava’s site is no longer on the internet but I believe he is around, so wasn’t spirited away into the black ops fold.)

On my return I interviewed Elwood “Woody” Norris for a show on Resonance FM about the directional ultrasonic speakers he had been developing. I pitched a piece about this, and InfoWarCon findings, to The Guardian magazine but was told Jon Ronson was working on something similar: The Men Who Stare at Goats came out pretty soon after that.

Truth is, all this was paddling around in the shallows, buffetted by occasional waves of sensationalism. By the time Steve Goodman’s book Sonic Warfare was published in 2009 we’d seen Active Denial Systems deployed in Iraq and various non-lethal sonic technologies deployed against civilians. Goodman not only recorded this, but did a lot of headwork to theorise it, too. Goodman’s vibrational theory has much to recommend it and his sensitive approach to sonic ecology in all its forms – not just at the extremes – makes for a much more complete understanding of the present. His work arrived at a point in time at which warfare was extending its reach beyond the traditionally militarised zones and into the everyday. 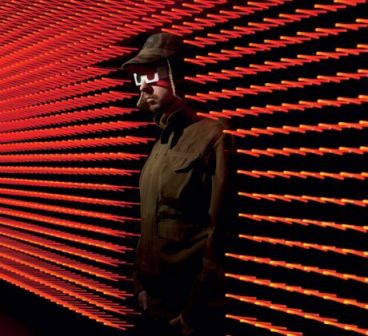 Sonic Warfare is a scholarly monograph – it’s not aimed at the general reader, but at institutional libraries and at fellow sepcialists. Nevertheless, the fact that Goodman runs the Hyperdub record label and records as Kode 9 gave his work a broader appeal than most scholars can hope for.  I interviewed him and this one was cut pretty heavily so here’s the whole schebang.

Would you suggest any background reading for Sonic Warfare? Or would you advise diving straight in?

I think it is possible to jump straight in, but to get the most from it, I would recommend reading these first: Kodwo Eshun’s More Brilliant than the Sun, Jacques Attali’s Noise: the political economy of music and Gilles Deleuze & Felix Guattari’s Nomadology: the war machine.

You’ve written on your blog that you wouldn’t recommend reading Sonic Warfare through Hyperdub. How would you characterise the relationship between your theoretical writing, your work as a recording artist and the music by others you put out on your label?

There are clear overlaps between the book and the label and my own productions. But I wouldn’t want to subordinate the book to what Hyperdub the label does or my own productions. The book is not primarily about music for a start, but something much broader. When it does talk about music, it only briefly mentions a slice of the kind of musics released on Hyperdub. It might be nice for people to think that the book, the label and my music all form a snug coherent whole, some kind of aesthetico-political manifesto. But I just don’t really think they cohere that neatly and I can see lots of divergences where in each format I’ve kind of pushed in a different direction. To be honest, that’s how I prefer it. I’m more interested in being directed to the inconsistencies in my work in different media, than them being judged as essentially a coherent argument that joins them together.

The entire frequency range of vibrational force, including the “unsound” of inaudible infra- and ultra-sonics, is central to your idea of Sonic Warfare. This also shifts discussion of sound beyond anthoropocentrism. But what does it mean for the ‘anthropos’ in the street?

For the ‘anthropos’ in the street, sonic warfare is just a background noise which mostly would be shrugged off without too much attention. Low frequency vibration from traffic etc. is something that architects have to take into account in the construction of buildings. It’s also common in factories due to heavy machinery. We actually don’t know that much about the physiological effects of infrasound except that they resonate with our bodies in interesting ways. We also know that some of us love very low subass in live club/gig situations. Ultrasound powered devices such as directional audio systems are transforming how we conceive of the space we hear, and they are increasingly used in malls, museums, art galleries, advertising etc. Everyday sonic warfare is also being played out in terms of the battle for sonic territory we all participate in when we wear ipods in public space, suffer complaints about noise pollution from neighbours, attend a silent disco, complain about how loud adverts are in between TV programmes because of compression, lose our service provider because we’re downloading music illegally, finding our favourite radio station constantly disappearing from the dial because it is a pirate etc. Finally, the internet is awash with viral sonic branding messages competing for our ear-drum attention.

I wanted to take as abstract a position as possible to examine some of the things which will always get ignored in a typical phenomenology of sound and music. Essentially I’m as interested in the vibrational resonances of objects and buildings as much as humans, but for obvious reasons purely focusing on sound or music, tends to put the discussion solely in the domain of the living. I wanted to avoid that, to loop in the non-organic as much as the organic.

You write about the affective potential of vibrational force and, using the idea of an ecology of fear, develop particularly the doom-inducing potential of infrasound. Have you experienced this directly?

The doom-inducing potential of low frequency sound is certainly something I’ve experienced a lot in the last 20 years of raving, going to the cinema, listening to storms and getting caught up in street disturbances of one kind or another. There are recorded uses of low frequency tones by police in riot situations to create tension, but I’m not sure I’ve ever experience that, and even if I had …

What are the affective possibilities of other frequency ranges?

Good question. I suppose my book is a call for experimentation to answer this question.

You explore the idea of audio-virology and envisage a dystopian future of pre-emptive control and sonic branding. Is this a prediction?

Not really. More just an extrapolation of real processes and tendencies that are already unravelling.

Sonic Warfare negotiates a fairly measured route through the vortices of what you term “vibro-capital”. Is it fair to say that you identify and diagnose rather than criticise sonic aspects of late capital? And yet you draw from anti-capitalist theorists…

It’s true that I am diagnosing more than providing a critique. Especially within academic writing, I often find the generalizations and nit-picking of critique pretty tedious. Sonic Warfare is supposed to be more cartographic, operating underneath the level of ideology at which discussions of the politics of music always seems to get caught: so it’s more like, here is a map of these invisible processes, all of which can be used for progressive or regressive purposes. My favourite political books have always been ones that leave it up to the reader how to plug the text into everyday life.  I draw from the writers who for me diagnose or provide the conceptual tools to diagnose the contemporary condition as effectively as possible. It’s true that most of these are anti-capitalist theorists, and I’m definitely sympathetic to the struggles against, to use French historian Braudel’s term, the ‘anti-market’ systems that constitute contemporary capitalism. But I’m definitely skeptical of most of the political discourse that comes from both the right and left.

You also see cultural opportunity in the politics of frequency and seem to seek out the possibility of the new in vibrational eddies and flows. What opportunities are you personally going to pursue?

The one area of my practice work that will hopefully cohere with the book is what I’m doing with the collective AUDINT in terms of our Unsound Systems installation, which attempts to experiment with some of the ideas of the book, especially how low frequency sound and ultrasound driven directional audio intersect which each other, and in a dark room, what that vibrational experience feels like. This installation first appeared in the Embedded Art exhibition in Berlin last year which explored the intersection of war, security and aesthetics. We will be tweeking it and deploying it again in NYC in 2011.

There seems to have been a very recent proliferation in technological applications using sonic affect for the purposes of control. Why now?

Non-lethal weaponry that doesn’t leave visible marks on the skin is currently in fashion. Also directional audio technologies have recently undergone a period of rapid improvement.

Should not the civillian cast adrift in the field of militarised urban sonics arm herself with such technological devices?

She already does if she carries a high frequency rape alarm etc. Like the way in which the civilian sphere re-appropriated disruptive pattern material (i.e. camouflage clothing) for fashion purposes, I think there is a certain amount of redistribution of these devices which should be encouraged. While this could just be dangerous and stupid, (we can all think of those who shouldn’t be given sonic weaponry) I think we would be surprised by the uses such technologies could be put to outside of a conflict situation. For example teenagers re-appropriated the high frequency pitch of the Mosquito crowd repellent device and used it as a ring tone which teachers couldn’t hear.

Are we all sonic warriors?